INTENSIVE SPANISH PROGRAM. Language Plus’ Intensive Spanish Program (ISP) is a full immersion program designed to help you develop your general Spanish skills, with an emphasis on speaking and communicating. Most people think you must travel abroad to have a true Spanish immersion experience. Rocket Languages - Love your language-learning journey. Whatever your reasons for learning Spanish, these free Spanish learning resources are here to help you master some essential words and phrases, and understand how Spanish works. 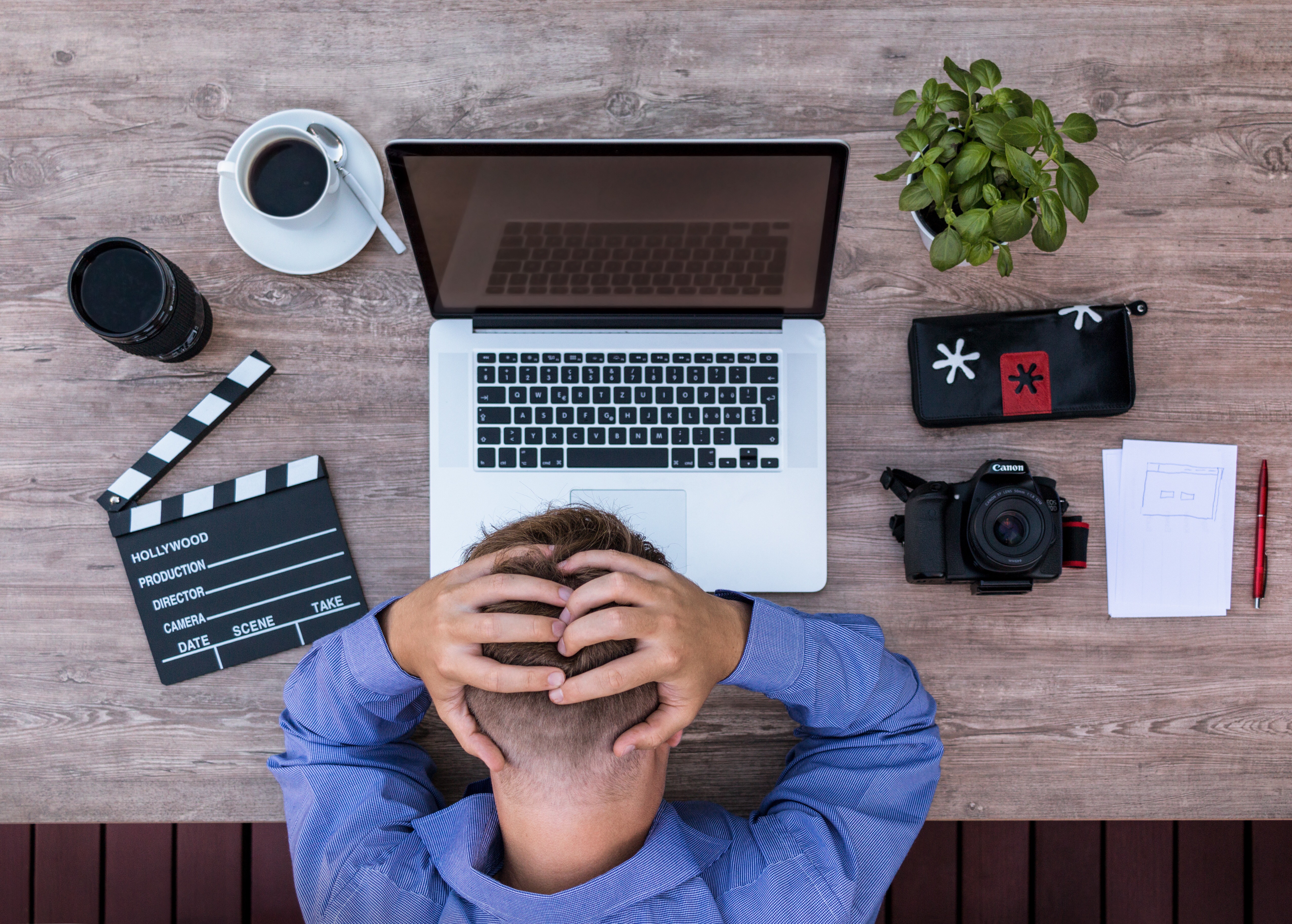 a VT member from Palatka

I did a quick search on google. The English language site did not come up so I checked the Spanish site. Apparently UNAM has a 'Center for Teaching Foreigners'
CEPE which has 6 week courses. The center is in Taxco. Registration for the lst spring session in January 12&13. The cost to register is30 US. The course cost is420. Maximum of 18 students per class 3 hours per day. They also have additional cultural and history courses for50 each. I think classes start on the 17th. They do have various levels.
Personally I think Taxco is too small with too much English spoken for learning Spanish and Mexico City is too large. There are lots of better places. Bob

Thanks for the info! At least it confirms my ideas that Mexico City is indeed not really the place for me to learn Spanish. I was hoping the hours per day would be around 5 and not 3. Thank you for your trouble!
Ronald

The main program of the school is conducted in Mexico City, with branches elsewhere. UNAM is a widely discredited school, but the foreign language program (Spanish for non-speakers) is considered one of the tops in Mexico. I've known many students who've attended in Mexico City, and all have spoken highly of it. If you're in Mexico City, why aren't you asking locally?

a VT member from Palatka

You seem to be serious so I will add a little more advice. Each to his own, but I would suggest that you do not need 5 hours a day of class. Three quality hours would be plenty if you can maintain your concentration and study 2-3 hours plus commit yourself to doing everything you can to make your experience one of total immersion. Staying with a family with no other English speakers can be really useful. (Estimate14 a day with 2 meals.) There are dozens of things you can do to add to your Spanish speaking experience at low cost. For example: you can watch plays or programs for children, join a Spanish speaking guided tour of a museum, go to a high class technical fair, spend hours reading the Spanish language labels in a small museum or large grocery store, attend a sporting event in the cheap seats,learn the words to songs, or see wrestling or the bullfights or a charreada . . .Look to join Spanish speaking groups for camping or other excursions. The key is to avoid English and English speakers like a plague. One problem with language schools is that they do concentrate together people who do not speak the language. It is natural to make friends with these students, but this is counter-productive if you do not speak to each other in Spanish.
Some language schools offer special programs designed to help you learn. One in Oaxaca for example claims to partner their students with college students learning English for lession exchange. Less helpful in my opinion would be dance classes, cooking classes, pottery classes or excursions etc. given by a language school and filled with non-Spanish speaking students. You would do better finding this type of activity directed at Mexicans.
You can see why I prefer a city small enough to make connecting with native speakers easy and large enough to support lots of activities.
You might consider Puebla, Queretaro, Morelia, or Oaxaca. Of course, the quality of the school is very important. There are lots of other towns with good schools. I would suspect that Taxco and Guanajuato are too small; Cuernavaca and San Miguel de Allende have too many schools, tourists and English speaking residents; Guadalajara joins Mexico City as being just too big. Buena suerte, bob (PS: In can be done. In two months my son went from zero Spanish to fluent intermediate studying in Sucre, Bolivia.)

Mexico City is an often overlooked location at which to study Spanish. As the largest Spanish-speaking city on the planet, there's no better place to be forced to use what you learn than the D.F.
If an out-of-town location is what you want, I think either San Miguel de Allende or Cuernavaca is where you should concentrate your search. Both cities are considered the best places for serious students of the language . . . and 'homestays' are commonplace for students. My own studies were conducted in San Miguel de Allende and I attended a 'total immersion' program of 8.5 hours a day (and that, I suggest, is truly punnishing yourself!). I wouldn't worry about 'too many foreigners' in either location. When you're seriously studying the need to talk in your own language proves a pressure release, and doesn't get in the way, IMO.

a VT member from Santa Rosa

I loved my trip to Mexico City (just completed) last week. I have recently graduated with my Master's in Social Service (Gerontological focus) and want to return to Mexico City soon for an Intensive in Spanish (3-4 months). I am looking for the best spanish intensive schools and a non-conservative living arrangement that will suit the experience. Anyone have any ideas or helpful information on schools and living in Mexico City? A shared arrangement might work well..
I am particularly interested in a program I can start in March or April at the very latest. I only have a window through next summer at the latest. I particularly want a gay friendly environment, which is partly why Mexico City is so appealing to me. It can include home placement or a shared apartment. I looked at UNAM and missed the enrollment for this term. So another choice, even if second best, will have to do. This plan is an old idea that was fired by my recent vacation in Mexico and that means that there is no time like the present. I need to close up my house and complete some work this month and will be able to leave by early March.

I have some comments about your advise:
You said:
“Most of the spanish language courses are a waste of time and money. I learned spanish by living in Mexico for a few years. Now, I teach both english and spanish courses---private classes, corporate classes, translations and I am a certified bilingual specialist.”
My response:
Relatively few people are going to be able to take off and learn by immersing themselves in Mexico for a few years. It’s just not a realistic expectation.
You said:
“I know several people that have spent a lot of money, time, and have taken language courses at the places that you listed and still can't communicate at a basic level.”
My response:
I think you need to widen your circle of acquaintances. Many people learn very well by attending language programs - and that’s an established fact. Of course, one needs to practice what he/she learns and use the material/skills. But to suggest classes are useless is a ridiculous assertion.
You also make a case, by offering such comments, that your own work is useless. Why should learning English, or Spanish, you teach be any different than what you criticize of other programs? I think it’s a bit hypocritical.
We’ll all have our opinions on the topic, and I feel compelled to say your advise is about the worst I’ve ever read on the topic.

UNAM (I am currently taking a second term of 6 weeks) is pretty good in my opinion. Together with having Mexican friends and living in an appartment I rent together with a Mexican lady and another (Korean) CEPE student is pretty good. Spanish you cannot learn in 6 weeks. This I found out by now, so it takes time. But even if you go to Mexico or another Spanish speaking country, when you go back to your own country you can still continue to study the language and try to meet people who speak/study Spanish too.
In Mexico City being gay is not really 100% accepted (where else in the world it is???) But the gay area of Mexico is Zona Rosa. So you can find a place to stay there. It is also a nice area to go out.
Did you actually make it to the UNAM in March??? Havent seen you yet hahaha