One almost suspects that such legal proceedings are little more than the regime's proven method of diverting attention away from its greatest criminals and their greatest crimes. After World War II, the U.S. Government joined the governments of the United Kingdom, the Soviet Union, and France in establishing an International Military Tribunal. Kelly’s eyes were gouged from their sockets up to three weeks before she actually died from drowning in a bathtub. These horrific crimes were committed by her partner, James Patterson Smith. Below is a list from Wikipedia of the specific injuries Kelly Anne Bates endured through torture: Scalding to her buttocks and left leg. 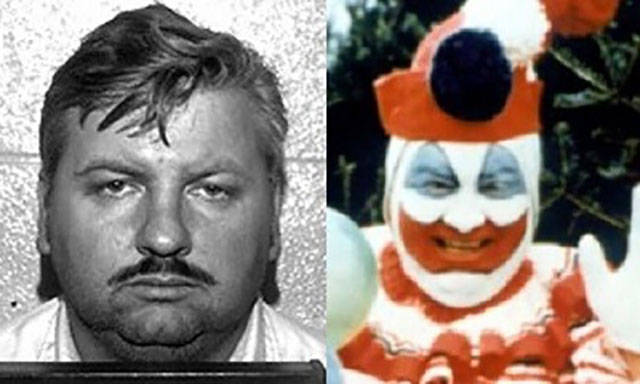 Violence and intolerance envelop the Muslim world. People who commit barbaric acts -- slaughtering Christians, Jews, Muslims and Hindus, almost anyone -- say they are merely upholding Islamic sharia law against 'blasphemy,' apostasy and 'unbelievers.' These Islamic extremists daily take those laws in their own hands, murdering anyone who wants to think freely or differently. Every day, arrests, trials, floggings, torture and the murder of journalists, poets, students and human rights activists are a routine practice.

In 2013, a Pakistani Professor of English, Junaid Hafeez, was arrested and jailed on blasphemy charges after a student affiliated with the Jamaat-i-Islami party accused him of insulting Muhammad, the founder of Islam, on Facebook. His original lawyer, Chaudhry Mudassar, left the case in June 2013 after facing a multitude of death threats. His second lawyer, Rashid Rehman, was shot dead in his office in front of his colleagues on May 7, 2014. His current lawyer, Shahbaz Gurmani, has received death threats, including guns fired outside his house, and a letter from the Islamic State (ISIS), warning him against pursuing the case, and stating that he will be beheaded unless he stops.

On December 28, 2014 the Egyptian writer Fatima Naoot was brought to court for allegedly 'insulting' Islam. Her 'crime' was to write comments on her Facebook page criticizing the slaughter of animals during Eid al-Adha, the Muslim feast of sacrifice. 'I will not be defeated even if I am imprisoned,' Naoot told Reuters. 'The loser will be the cultural movement.'

Fatima Naoot is a columnist and poet with a critical mind. She has the courage to speak out against the injustices in her society -- traits apparently too threatening for many Muslims.

But in Egypt, the law seems to function only against followers of religions other than Sunni Islam. According to the 2014 annual report of the United States Commission on International Religious Freedom,

'The bulk of the charges target Sunni Muslim entertainers, prominent personalities, and journalists. Yet the majority of those sentenced by a court to prison terms for blasphemy have been Christians, Shi'a Muslims, and atheists, mostly based on flawed trials. Some 40 percent of the defendants were Christians, a high percentage when compared to the approximately 10-15% Christian population.'

A Muslim cleric, Hussein Ya'qoub, said in 2009, 'The Jews are the enemies of Muslims regardless of the occupation of Palestine. You must believe that we will fight, defeat and annihilate them until not a single Jew remains on the face of the earth.'

Another Muslim cleric, Sallah Sultan, said in a speech aired on Hamas TV in 2012, that people he meets everywhere 'thirst for the blood of the Jews.. Israel used girls with AIDS to seduce young Egyptians and infect them,' he said, evidently without bothering to validate the story, which is just another example of fabricated Jew-hate.

Neither cleric has yet been brought to court for proudly calling for genocide, but Fatima Naoot is tried for criticizing the slaughter of animals during Eid al-Adha.

On August 30, 2014, an Iranian photographer, Soheil Arabi, 30, was sentenced by a criminal court in Tehran to death by hanging for 'insulting the prophet of Islam' (Sabbo al-Nabbi) in Facebook postings. On November 24, 2014, Iran's Supreme Court upheld the death sentence.

In 2014, Raif Badawi, 31, a Saudi blogger and creator of a website intended to foster debate on religion and politics, was sentenced to 10 years in prison, 1000 lashes and 1 million Saudi riyals (about $267,000) for 'adopting liberal thought' and 'insulting Islam.' Badawi received the first 50 lashes of his sentence on January 9, 2015, outside a mosque after morning prayers, 'surrounded by a cheering crowd who cried incessantly 'Allahu Akbar' (God is greatest)' during the whipping.' The sentence was upheld last week by Saudi Arabia's Supreme Court; the only reprieve can come from King Salman.

Windows virtual machine for mac for virtualbox. In Islamic Sharia law, a free mind is the most inexcusable crime in the Muslim world. Being imprisoned, tortured or put to death for having one is also the reason there are centuries between Muslim countries and the West in the field of human liberation. To Euripides, 'Not to speak one's thought, this is slavery;' to many Muslim countries, free thought is death.

You can blow up children at school; deliberately run over innocent people for the sake of jihad; slaughter people at prayer and then distribute sweets to celebrate your 'victory;' devalue a woman's worth in countless ways -- by taking four wives, beating them, then with a word divorcing them -- and you will be praised by many Muslims for being a 'hero,' a 'martyr' or a 'true Muslim.'

This view has nothing to do with the West or any kind of Western intervention. It was not the Europeans, the United States or the State of Israel that spread these coercive sharia-based laws against blasphemy and apostasy among Muslims.

The Muslim regimes, which do not know even the definition of liberty -- and their systematic criminalization of free speech; their suppression of inquiry and creativity; and their unending intertribal fights -- are the reason their people have remained in the seventh century.

The rise of ISIS in Iraq and Syria; the expanding reach of Iran into four more countries (Iraq, Syria, Lebanon and Yemen) as the United States retreats from three (Libya, Yemen and Iraq), and the indifference of much of the Muslim world in the face of this new catastrophe, all indicate that there is not yet much hope for positive change in the Muslim world. Even visionary calls for Islamic reform by Egypt's President, Abdel Fattah el-Sisi, were not publicly welcomed by a single Western leader.

Apart from the defenders of liberty such as Hafeez, Naoot, Arabi, and Badawi, the situation seems to be getting grimmer by the day. A pamphlet handed out by ISIS answers over 27 questions, including: 'Can all unbelieving women be taken captive?' and, 'Is it permissible to have intercourse with a female slave who has not reached puberty?'

An ideology that encourages its adherents to engage in deadly rioting, burn down embassies, and kill people over cartoons, but that shows no great signs of sorrow as little girls are sold and raped, most likely does not have much to contribute to advancing civilization.

An ideology that treats women as property, that murders or imprisons intellectuals and that sentences a blogger to 1000 lashes and ten years in jail -- if he survives -- has no right to blame its troubles on the West or anyone else.

Uzay Bulut, born and raised a Muslim, is a Turkish journalist based in Ankara, Turkey.