Posted 6/25 by Jason Wood and David Yudkin, Exclusive to Footballguys.com

Randy Moss had his worst season as a professional last year, 49 receptions for 767 yards, yet Daunte Culpepper enjoyed his best season, both in terms of 'real' NFL accomplishments and as a fantasy player.

Let that sink in a bit, because it's VERY important when analyzing Culpepper's 2005 outlook. I've seen so many people hung up on Randy Moss' trade to Oakland and how that's going to impact the Vikings offensive production; yet you HAVE to look a layer deeper in order to do yourself justice on draft day.

In case you took a year off from watching football, Daunte Culpepper enjoyed one of the best offensive seasons in the HISTORY OF FOOTBALL. 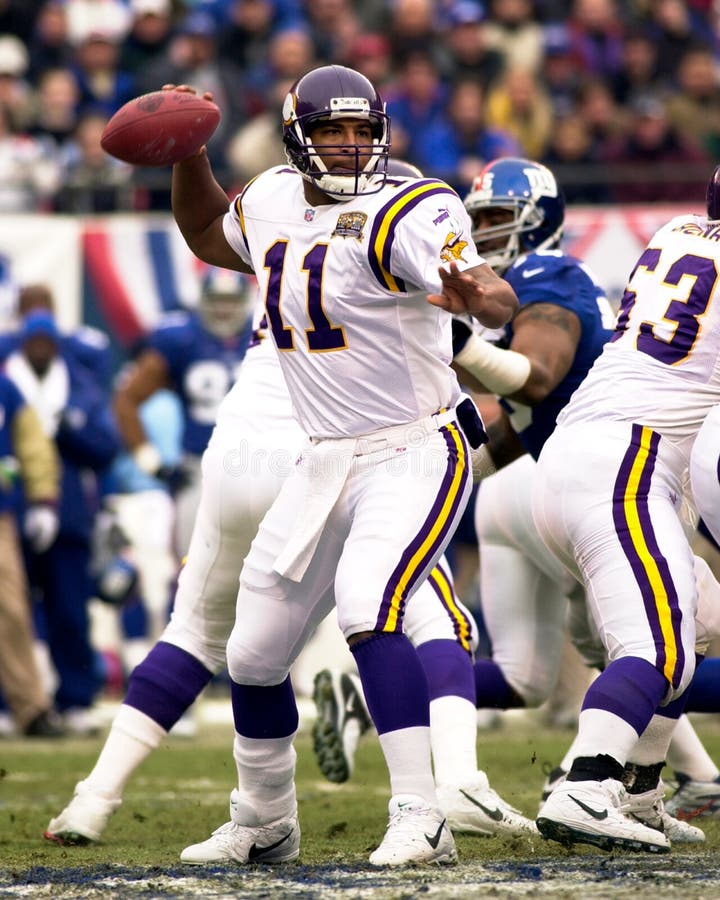 Thanks to Peyton Manning's 49 TD passes, Culpepper's season was largely unheralded, which is mind boggling.

Any way you slice it, Culpepper had a historic 2004 season, DESPITE having a very limited Randy Moss. 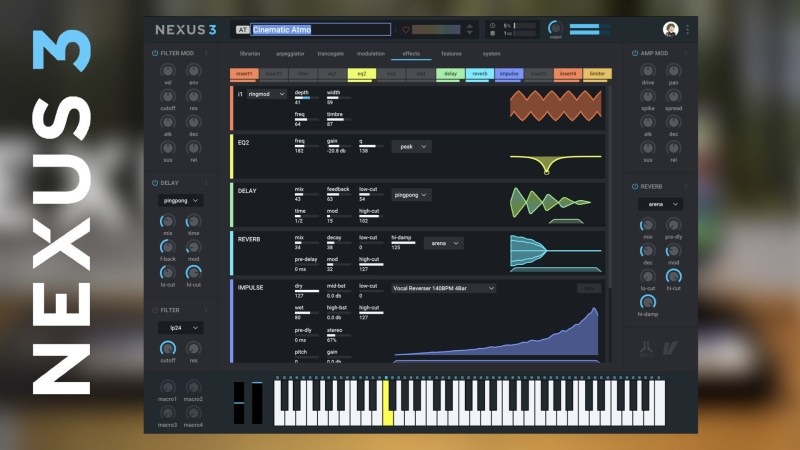 But hold on a second, are you honestly suggesting Culpepper won't suffer some impact from Randy Moss' trade to Oakland?

NO, of course not. First, let me say that history suggests Culpepper was due for some regression in his statistics this season regardless of Moss' presence or not. Take a look at any historic season and, by and large, it's difficult if not impossible to match it in year N+1. What I'm saying is that Culpepper's level of production is so high that even with a natural regression AND the departure of Randy Moss, he's still among the best and most productive fantasy options at the QB position.

Let's play Devil's Advocate. Let's assume for a second that Randy Moss was replaced last year by the worst WR in history. Someone who was unable to catch one singular pass. Let's take Daunte Culpepper's 2004 numbers and treat EVERY reception by Moss as an incompletion. In other words, let's remove Moss' 49 receptions, his yards and his 13 TDs and pretend they were all incompletions. How would Culpepper have fared?

Even if the Vikings replaced Moss' production last year with ABSOLUTELY NOTHING, Culpepper still threw for almost 4,000 yards and his 343 fantasy points would have ranked 3rd last season.

But here's the beautiful thing..the Vikings DIDN'T sit idly by and replace Moss with no one. They went out and added veteran Travis Taylor and spent the 7th overall draft choice on Troy Williamson. While NO ONE can replace Randy Moss' production single handedly, the Vikings are stacked offensively and still field one of the deepest group of receiving weapons in the league.

Any way you slice it, the Vikings have weapons. And Culpepper showed himself to be extremely capable of producing at a very high level last year when Moss was hobbled AND out of the lineup entirely. And we've not even gotten into Culpepper's production as a runner yet. His 406 yards and 2 TDs last year were his lowest output as a starter, and with the team promising to run more in 2005, he should be closer to his career averages of 5 rushing TDs and 460 yards rushing, in my view.

If anyone tries to tell you Randy Moss' departure will have no impact on Daunte Culpepper, they have no business discussing football. That said, anyone that thinks Daunte Culpepper isn't still a very talented and productive fantasy option in Moss' absence also hasn't done enough analysis. Remember, it's been Culpepper, not Peyton Manning, who has owned the fantasy QB rankings the last few years. With a deep WR corps, a solid offensive line, and a veteran understanding of the offensive playbook, Culpepper should remain among the top five at his position. Ultimately he is still someone that will help fantasy owners win quite a few head-to-head matchups. Will he be as dominant as he was the last few years? Probably not. But if you're looking for elite QB production and Manning and McNabb are off the board already, no other QB is worth being picked ahead of Daunte. Draft accordingly.

As rock band U2 says as an intro to a live version of 'Sunday Bloody Sunday,' 'There has been a lot of talk, perhaps too much talk' about this next player. Vikings QB Daunte Culpepper has been one of the MOST hotly debated players this off-season, and opinions of his projected performance vary from retaining his status as fantasy's #1 QB to falling out of the Top 10 altogether.

His 2004 season was the highest scoring fantasy season ever by any player at any position. That's the good news. The bad news is that his primary weapon, WR Randy Moss, has been exiled to Oakland. The likelihood, of course, is that Culpepper will suffer a drop-off in 2005. The mystery is how much of a decline to expect. Some are predicted a cataclysmic fall-off of epicurean proportions'with the offense falling off in scoring, passing, and rushing totals.

I tried to find other teams that had lost a premier wide receiver to see if any comparisons could be made to the Vikings' current situation. I did find several, but as with many specific examples, the sample size is somewhat limited.Obviously, each team is different, but the teams listed above on average did not suffer a major decline'falling an average of just one spot in both passing yardage and passing TDs. Of course, prior results have no direct bearing on current performance.

In games without Moss, Culpepper averaged 20.7 fantasy ppg in 2004. In games with Moss, he averaged 29.9. Detractors would point out that the games without Moss were played against some of the poorest defenses in the league, and against tougher competition he would have performed even worse. In many ways, Minnesota was ill prepared to handle the mid-season loss of Moss, as he had never missed a game prior to last season. The team struggled some without him, but they should have had plenty of time to adjust and game plan prior to the start of the upcoming season.

Another indicator that could impact Culpepper is Minnesota's potential migration to a more run-centric attack. Coupled with an improved defense (at least on paper), Culpepper may no longer be involved in as many shootouts. In theory, the team might pass less frequently and that could equate to lower production.

However, the Vikings ranked 8th and 7th in rushing attempts in 2002 and 2003, and in both seasons Culpepper still produced at a high rate. I also researched how Culpepper has performed when a Minnesota running back had 100+ rushing yards. In 21 such games, Culpepper averaged 24 fantasy ppg.

In theory, Culpepper might run more, becoming a red zone threat like in 2002 when he had 10 rushing TD. Over Culpepper's career, he did not do as well in terms of fantasy rushing totals in games when Moss either did not play or had 3 or fewer receptions. In 14 such games, Culpepper has averaged 4.8 fantasy points on the ground vs. 5.7 fantasy points in the games where Moss had 4 or more receptions.

Many Message Board posters chimed in with the perspective that Randy Moss 'made' Daunte Culpepper (and other Vikings' QBs) great. However, Minnesota's offense was well established long before Moss arrived on the scene.

Even with a complete rotation of coaches and players over the years, Minnesota has ranked:

All that may have no bearing at all on the Minnesota Vikings circa 2005 without #84 lining up at wide receiver, but it does indicate to me that the team will not fall off the face of the earth.

The big issue for fantasy drafts is where to draft Culpepper and what to expect from him. To put things into perspective (using 2004 results for comparison)..if Culpepper lost 33% of his 2004 production, he would have still had 290 fantasy points and ranked as the #10 QB.

Working off of his career average of 382 fantasy points, if Culpepper suffered a 20% drop off, he still would score 309 fantasy points. That would have ranked him as the #7 QB last year.

Clearly, another season of 39 passing TDs seems highly unlikely. Culpepper has averaged 2.13 TD passes per game the past two seasons. A 20% reduction would lower that to 1.7 TD/game or 27 TDs for a full season. That seems reasonable and represents 12 fewer than last year.

Culpepper also has averaged 272 passing yards per game the past two seasons. With a 10% drop-off, that would still get him to around 3,950 passing yards. That's almost 800 yards less than last year'and Moss only accounted for 767 of them. Let's also say that Culpepper increases his interceptions slightly to 15 on the season.

Although not reflected by the actual game stats, I do expect Culpepper to rush more, especially at the goal line. I envision 100 rushes for 450 yards and 5 TDs. Sticking those numbers into the fantasy supercomputer, that would net Culpepper 365 fantasy points on the season.

Quotations from the Message Board Thread

To view the entire Player Spotlight thread (there's a ton of fantastic commentary in there), click here.

Just Win Baby:
I'd expect the Vikes' passing game to look more like it did when Moss was out last season, meaning more passes to backs and tight ends and fewer downfield passes. There is nothing wrong with that.. Culpepper's numbers without Moss still put him on pace for 3772 passing yards and 29 passing TDs. But that is a far cry from the 5146/44 pace he put up with Moss last year.

bostonfred:
The thing is, most of those things look worse for the passing game. They lost Moss. The schedule was ridiculously easy last year (NFC North and AFC South, the same schedule Manning had his record setting year against) - this year it gets harder. The Lions and Bears should be much better on D this year. For that matter, the Vikings should be better as they won't be behind as often. They've changed offensive coordinators. The new coordinator said he wants to run the ball. In year n+1, you usually see a reversal of short term increases in passing stats from new rule enforcement. I could go on.

Iwannabeacowboybaby!:
I don't think Moss made Culpepper....but I do think having one of the greatest WR's ever helps Culpepper or any QB. Culpepper is still good, and we'll see just how good this year. I think he's a huge risk to take No. 2.