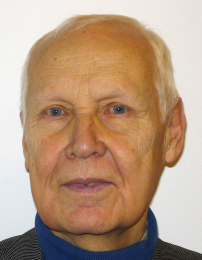 The Paki was also a taxi driver, lol.

Imagine being a British woman and getting into a taxi driven by a Paki high on crack cocaine.

Those smelly brown hands would be everywhere.

A man who ‘brutally and forcefully’ stabbed to death a tattoo artist in his own home has been jailed for life.

Taxi driver Shahid Hussain, 38, murdered Michael Dale, 46, at his home in Charles Street, Haslingden after going there to buy class A drugs on credit.

Preston Crown Court heard that Hussain, plunged the knife so ferociously that there were four separate injuries which could have proved fatal.

A victim impact statement from Mr Dale’s mother Marie Allison described him as a ‘sensitive, caring, creative and loving man’.

She said he was a father-of-four and a granddaughter and was due to be the best man at his brother Graham’s wedding just weeks after his death.

She said his death had left all his family ‘a lifetime of pain’ and he would never be forgotten.

Prosecutor Francis McEntee told the court that the background to the murder, which took place at around 1.40am on May 2 this year, was an argument about crack cocaine.

“Both men were in a downward spiral in the previous months and fallen into class A drug use.

“The defendant lived a stone’s throw away from Mr Dale’s property above a taxi office on Deardengate, Haslingden.

“Mr Dale was a low level drug dealer and the defendant was a regular visitor to his home to purchase crack cocaine.”

The court heard Hussain had purchased drugs from Mr Dale on two occasions in the hours leading up to the murder, had been desperate for cash in the lead up to the attack to buy more.

Judge Robert Altham said Hussain was guilty of a ‘brutal, forceful and sustained’ attack which had caused a ‘massive sense of loss’ to a large family.

He sentenced Hussain to life in prison and said the minimum term he would serve before being considered for parole would be 16 years and eight weeks.